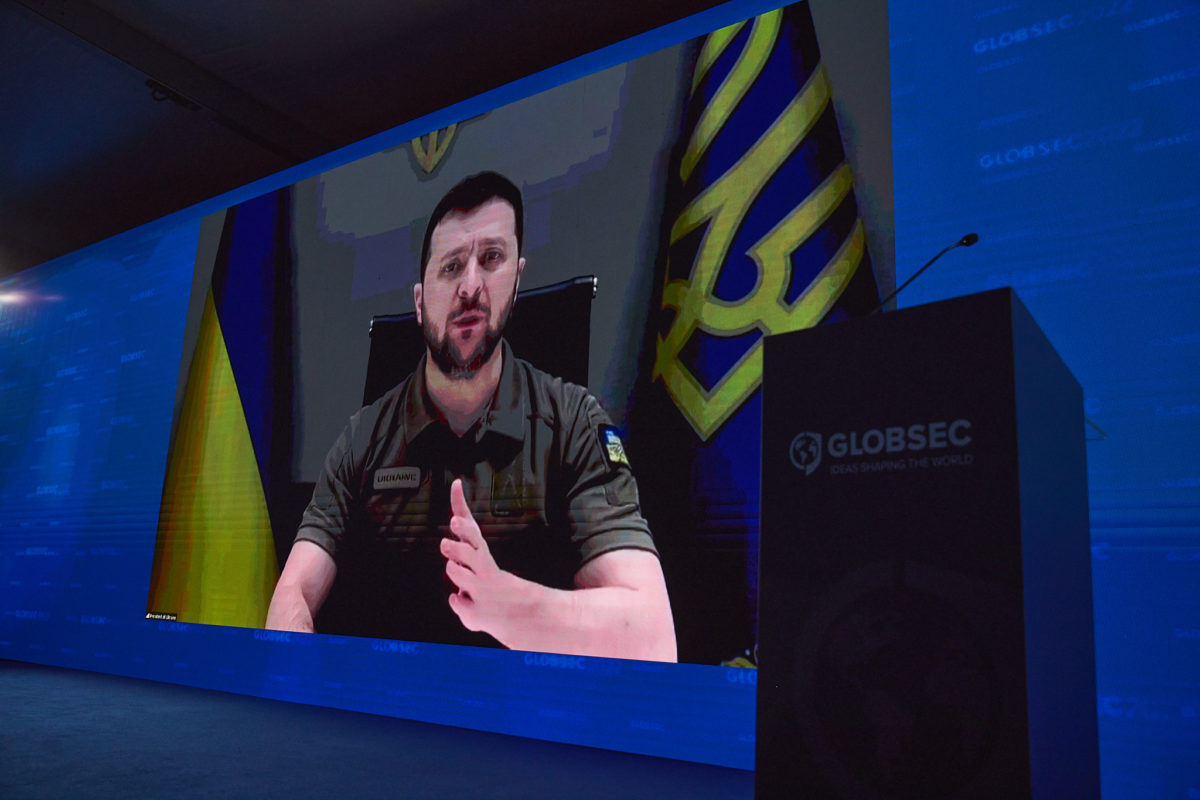 As leaders gather in Bratislava, Slovakia to discuss how to further mobilize support for Ukraine and increase the resilience of Europe in the face of a new harsh geopolitical reality, Volodymyr Zelenskyy, President of Ukraine, delivered a special address on the opening of GLOBSEC 2022 Forum, setting the agenda for global leaders to come together to help his country.

“When we prevail, the freedom for Europeans will also prevail for decades,” said President Zelenskyy.

In his speech, he reiterated that “Ukraine seeks to be a full-fledged member of the united Europe” and called on the EU leaders to agree on his country´s candidate status in June.

The EU should prevent Russia from getting a message that there is no unity over support for Ukraine´s EU aspirations, said Zelenskyy. “If Russia feels that Europe could leave Ukraine behind, it will become a grave destabilizing factor… Division in Europe is a chance for Russia to continue its policies.”

Regarding the most essential form of help Ukraine could make use of, President Zelenskyy said that while weapons are a top priority due to the continuing clashes on the battlefields, the most important weapon for every country is the unity of its people. And for Ukrainians, this unity is strengthened by the attention of the whole world they are receiving, “it´s a great motivation.”

However, this motivation is also directly linked with the EU aspirations because they are connected with Ukraine´s future. “It is not just a hollow phrase, it is not just a technical issue” for Ukrainians, said Zelenskyy, adding that the key motivation is that Ukraine will be in future treated as an equal partner to the EU.

“We are not only fighting for our freedom, we truly believe in those values, it is not just a slogan.”