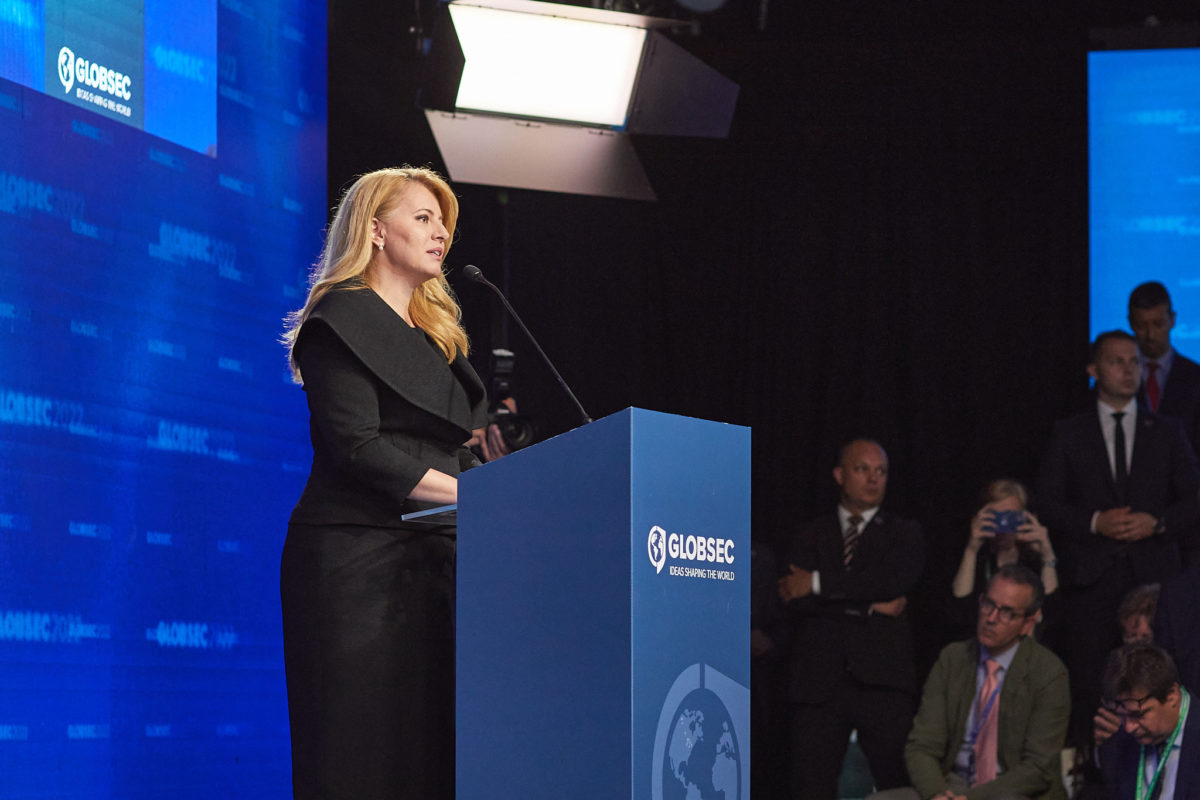 As leaders gather in Bratislava, Slovakia to discuss how to further mobilize support for Ukraine and increase the resilience of Europe in the face of a new harsh geopolitical reality, Slovak President Zuzana Čaputová, delivered a special address on the opening of GLOBSEC 2022 Forum, saying more help is needed, and not just humanitarian. She also pledged Slovakia will take active part in Ukraine‘s reconstruction.

In her speech she said: „Russia is not just fighting our Eastern neighbour. Ukraine was attacked for daring to be different.“ She also looked back into the Slovak past and explained that “history teaches us if an aggressor opposes your values on the way of life, giving up territory is not going to stop him.”

„Let’s not repeat the same mistake. To restore peace in Europe, we must continue our support for Ukraine,“ she said