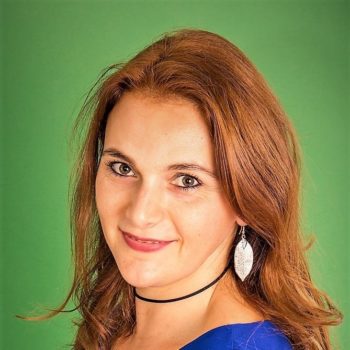 Alida Vračić is a lawyer, a political scientist, and a co-founder and the executive directress of a think tank “Populari”, a Bosnia based think tank specializing in the European Integration of the Western Balkans region. Ms. Vračić is affiliated with many academic institutes, most recently with The Institute for Human Sciences (IWM) in Vienna, as a Europe’s Futures Fellow, Visiting Fellow at the European Council on Foreign Relations (ECFR), GMF Marshall Memorial Fellow. Ms. Vračić also worked for the State Court prosecutor’s team and at the Human Rights Commission within the Constitutional Court of Bosnia. She led several Balkan-wide projects at the Human Rights Centre at Sarajevo University and at the Spanish Institutional Programme-program for the regional institutional co-operation.

She holds a M.Sc. in international public policy from the University College London, a B.A. from the Law School at the University of Sarajevo and the executive education program of Harvard University’s John F. Kennedy School of Government. Her research interests include new trends in demography and population dynamics, relations with diaspora and emigration in Southeast Europe and the Western Balkans.