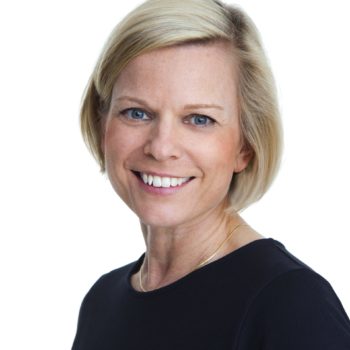 DIRECTOR FOR NORTHERN EUROPE AT THE ATLANTIC COUNCIL

Anna Wieslander serves as director for Northern Europe at the Atlantic Council.

She is also the chairman of the Institute for Security and Development Policy (ISDP), a Stockholm-based think tank with a focus on Central Asia and Asia. Ms. Wieslander concurrently serves as secretary general of the Swedish Defence Association, a non-political NGO which for almost 130 years has promoted knowledge on defence and security among the Swedish public. In 2019, Wieslander was elected as a member of the Royal Swedish Academy of War Sciences as well as the Swedish Society for International Affairs. She also serves as an adjunct member of the Swedish Atlantic Council. She is also an Alumni Scholar at George C. Marshall European Center for Security Studies.

Wieslander is an experienced manager, speaker, moderator, commentator and writer who has published extensively. Wieslander is a frequent commentator in both national and international media, such as the BBC, Reuters, Politico and the Atlantic. She analyzes international trends with a special focus on the security situation in the region and how it relates to transatlantic and global geopolitical developments. Her expertise covers security and defence policy, NATO and PfP, the transatlantic link, and defence industry issues.

Wieslander has a strong background from the public and private sector. From 2013 to 2016 she was deputy director at the Swedish Institute of International Affairs, a leading think tank on foreign policy in Sweden, where she also headed the communications department. From 2003 to 2008 she held the position as head of Speaker’s Office at the Swedish Parliament. From 1996 to 2003 she held various positions at the Swedish Defence Ministry including secretary of the Swedish Defence Commission; deputy director; and head of the section responsible for NATO and Partnership for Peace, France, and Great Britain. In 1995, she conducted the Government Offices Trainee Program. Wieslander has also held positions as international affairs director at Saab, communications director at Carlsberg Sweden (2011-12), and at the Swedish Postcode Lottery (2008-10), and as such were part of corporate top management. She started her career as a newspaper journalist in Sweden in 1987.