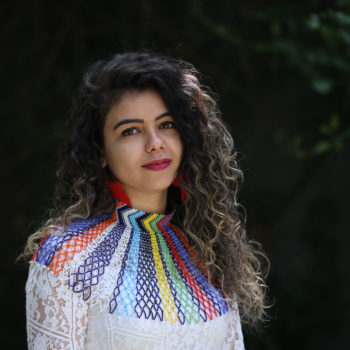 She served as the first ever African Union Special Envoy on Youth and the youngest diplomat at the African Union Commission Chairperson’s Cabinet (2018 – 2021). She received the Gates Campaign Award and was notably named in Forbes Africa’s 50 Most Powerful Women, New African Magazine List of 100 Most Influential Africans. She has mobilized the Youth Silencing the Guns Campaign which has become African Union’s largest youth campaign and main platform on Youth, Peace and Security agenda including the adoption by AU Peace and Security Council of the premier Continental Framework for Youth, Peace and Security. On gender advocacy, Aya has also established the first of its kind Nala Feminist Collective bringing together 17 acclaimed African feminists to unite behind Africa’s agenda nationally and globally. She served notably on the Board of Directors of CIVICUS, World Refugee Council, Oxfam Independent Commission on Sexual Misconduct, or the Robert Bosch Stiftung Foundation Advisory.