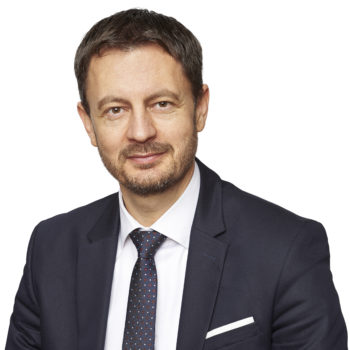 Prime Minister of the Slovak Republic

As a member of parliament for the Ordinary People and Independent Personalities since 2016, Eduard Heger has been a head of Special Control Committee of the National Council of SR, to control the activities of military intelligence and member of the Economic Affairs and European Affairs Committees.

Prior to his rich political career, H.E. Heger worked as a Country Manager of Old Nasau Imports in the United States and as a manager and consultant at several businesses based in Bratislava. His main expertise is business, marketing and economy, as he holds a degree in Business and Marketing from the Economic University in Bratislava.

I Hate to Say I Told You So: The Reality of Security of the EU’s Eastern Border