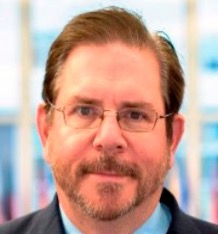 Karl Stoltz is an American foreign service officer with 36 years of diplomatic experience.  He is Deputy Coordinator at the U.S. State Department’s Global Engagement Center (GEC).  Karl previously served in Russia as Minister-Counselor for Public Affairs (PAO) from 2019-2021 and has also served overseas as Deputy Chief of Mission at U.S. embassies in Copenhagen (2013-2016) and Rangoon (2005-2008). He has served as Public Affairs Officer (PAO) at U.S. embassies in Pretoria, South Africa; Kuala Lumpur, Malaysia, and Port Moresby, PNG; and as Branch PAO in Christchurch, New Zealand. Karl has also been Cultural Affairs Officer (CAO) in Jakarta, Indonesia, and an Assistant Information Officer (AIO) in Wellington and Moscow.  In Washington, D.C., Karl has been Director of the Office of Citizen Exchanges in the Bureau of Educational and Cultural Affairs (ECA), Director of the Office of Public Diplomacy in the Bureau of East Asian and Pacific Affairs (EAP), a Public Diplomacy teaching fellow at George Washington University and Cultural Coordinator in the East Asia Bureau of the U.S. Information Agency. Karl graduated from the University of Virginia in 1981 with a degree in Russian Studies and History. Karl is married to Tania Garry, originally of Wellington, New Zealand; they have one son.  Karl’s foreign languages are Russian and Indonesian/Malaysian.