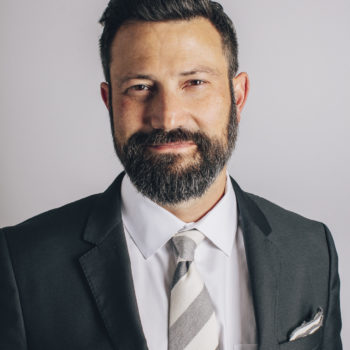 EXECUTIVE EDITOR OF DEFENSE ONE

Kevin Baron is the founding executive editor of Defense One. Baron has lived in Washington for more than 20 years, covering international affairs, the military, the Pentagon, Congress, and politics for Foreign Policy, National Journal, Stars and Stripes, and the Boston Globe, where he ran investigative projects for five years at the Washington bureau. He is a frequent on-air contributor and moderator, and previously was national security/military analyst at NBC News & MSNBC. Baron cut his muckraking teeth at the Center for Public Integrity. He is twice a Polk Award winner and a former vice president of the Pentagon Press Association. A member of the Council on Foreign Relations, Baron earned his M.A. in media and public affairs from George Washington University, B.A. in international studies from the University of Richmond, Va., and studied in Paris. Raised in Florida, Baron now lives in Northern Virginia.

I Hate to Say I Told You So: The Reality of Security of the EU’s Eastern Border

EU and Serbia: A strategic partnership for the future