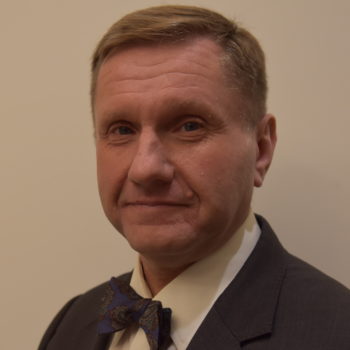 COMMENTATOR AND HOST AT DEUTSCHE WELLE

Konstantin Eggert MBE is an independent Russian journalist and political commentator. He is a columnist for Deutsche Welle. He also hosts ‘Trending’, DW’s Russian language interview programme. In 2016-2018 Konstantin Eggert worked for TV Rain, Russia’s groundbreaking  independent TV channel. He also worked for Kommersant, Russia’s oldest private media group, as well as for ExxonMobil Russia Inc., where he was Vice-President for Public and Government Affairs in 2009-2010. In 1998-2009 Mr Eggert was with the BBC World Service, including 7 years as the BBC Russian Service Moscow Bureau Chief in 2002-2009. In 2008 HM the Queen created Mr Eggert Honorary Member of the Order of the British Empire. He is a summa cum laude graduate of the Moscow University Institute of Asian and African Studies, where he read Arabic language and history. He speaks English, French, and Arabic.

Risking it all for the Truth: Journalists and Media in Crises