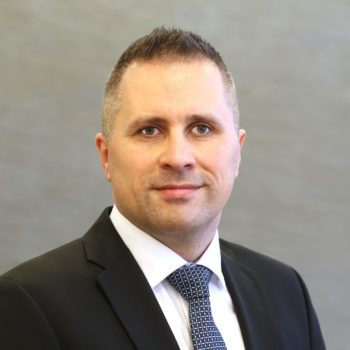 STATE SECRETARY OF THE MINISTRY OF DEFENCE OF THE SLOVAK REPUBLIC

Marian Majer serves as the State Secretary of the Ministry of Defence of the Slovak Republic since 21st March 2020. Prior to that, he has worked as a Director of the Office of the State Secretary at the Ministry of Defence, as well as Director of Slovak Security Policy Institute, Director of the Security and Defense Policy program at the Central European Political Institute (CEPI) and in the Center for European and North Atlantic Relations, contributing to research. In between years 2005 and 2012, he held multiple positions at the Ministry of Defence of the Slovak Republic, including General Counselor of State at the Defense policy, International Relations and Legislation section. He is an alumni of Comenius University in Bratislava with a doctorate in Political Theory. He also underwent training and many courses at the U.S. State Department, NATO School in Oberammergau, NATO Defence College in Rome and at the Defense Institute for International Legal Studies.