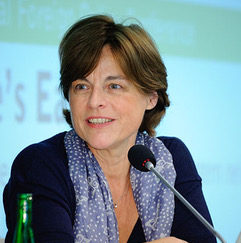 Dr. Marie Mendras is a political scientist in Russian studies with the National Centre for Scientific Research (CNRS) and professor at Sciences Po’s Paris School of International Affairs. In 2019, she was a visiting scholar at Hong Kong Baptist University, and in 2016-17 Kennan Institute expert at the Woodrow Wilson Center. She was an Associate Fellow at Chatham House in 2011-16, and professor at the London School of Economics in 2008-9. In 2010, she served as Directrice de la Prospective at the French Ministry of Foreign Affairs. In earlier years, she was a permanent consultant for the Policy Planning Staff of the MFA. She also carried several election observation missions in Russia and Ukraine in the 1990s and 2000s.