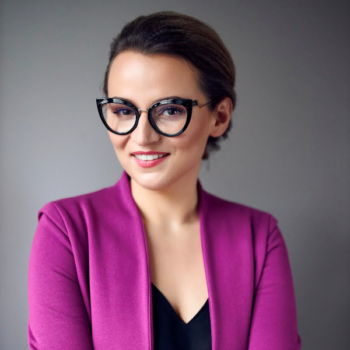 Marta Poslad joined Google in 2012 and today sheleads Google’s government relations and public policy team in Central and Eastern Europe as well as the company’s Transatlantic policy. Before assuming her current position, she was responsible for privacy & security policy in Europe, the Middle East and Africa, based out of London.

She holds master’s degrees in sociology from the University of Cambridge and in political science from the University of Warsaw. Marta is an Atlantic Council Millennium Fellow and a Senior Fellow at Humanity in Action. She is an alumna of the Helsinki Foundation for Human Rights’ seminars, the Aspen Institute’s Young Leaders program and the leadership program run by The New School in New York City.

The Spectrum of Difference: Is Regulating Global Tech Realistic?