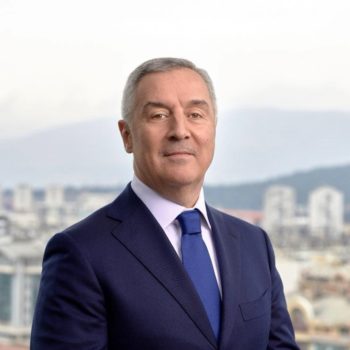 Born on February 15th, 1962, in Niksic. He is married to Lidija and they have a son Blazo. By nationality Montenegrin. He studied elementary school in Nikšić and Podgorica, where he finished High School of Economics.He graduated from the Faculty of Economics, Podgorica – the University of Montenegro.

He was a Member of the Parliament of Montenegro for several terms.

He was elected President of the Democratic Party of Socialists in 1998.

After referendum, he has withdrawn from state functions on his own initiative for three times – from 2006 to 2008 and from 2010 to 2012. Also, after parliamentary elections held in October 2016, until his re-election as President of Montenegro on April 15th 2018.

He became President of Montenegro on May 20th 2018.