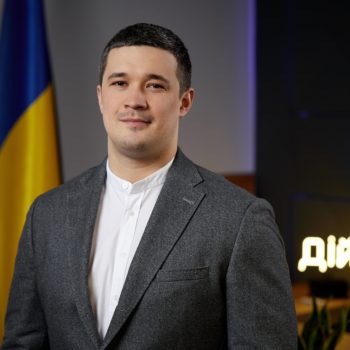 VICE PRIME MINISTER AND MINISTER OF DIGITALIZATION OF UKRAINE

Mykhailo Fedorov became Vice Prime Minister, the Minister of Digital Transformation of Ukraine, on August 29, 2019. He is the youngest minister in the history of Ukrainian politics. Graduated from the Faculty of Sociology and Management of Zaporizhzhia University. Before working in the government, he run a business in digital marketing sphere. In December 2019 he was the Head of the digital for Volodymyr Zelensky Presidential campaign.

Mykhailo Fedorov is an innovator and visioner. With the Ministry of digital transformation’s team, the main goal is to make Ukraine the most convenient state in terms of receiving public services. In 2020, Diia project has been launched; which now consists of wide ecosystem of products: Diia mobile app; Diia web portal; Diia.Digital Education, Diia.Business, Diia City etc.

The Spectrum of Difference: Is Regulating Global Tech Realistic?