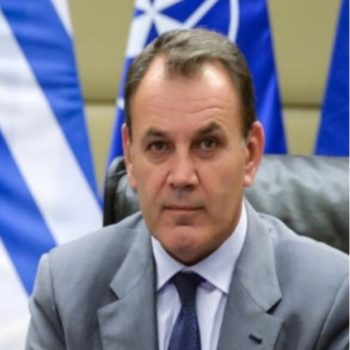 MINISTER FOR NATIONAL DEFENCE OF THE HELLENIC REPUBLIC

Born in 1965 in Kavala.Appointed Minister of National Defence of the Hellenic Republic since July 2019.Graduated with Honors from Athens College (1984).Studied Economics/International Relations (University of Pennsylvania 1984-1988) and Law ( National and Kapodistrian University of Athens 1988- 1992). Attended courses Université de Technologie de Compiègne in France, working on his dissertation of the Common Agricultural Policy EU (1988).Mandatory military service in the Hellenic Air Force (1990-1992).Employed as International Marketing Director at “Marbles Kavalas SA” (1992- 1999). Practiced Criminal Law in Kavala (1999-2007).Elected as a Member of the Hellenic Parliament with “Nea Dimokratia” in the district of Kavala, in 2007 and reelected in all following elections.Deputy Minister of Labour, Social Security and Social Solidarity (2012-2013).Speaks fluently English and French, working knowledge of Italian and Spanish.