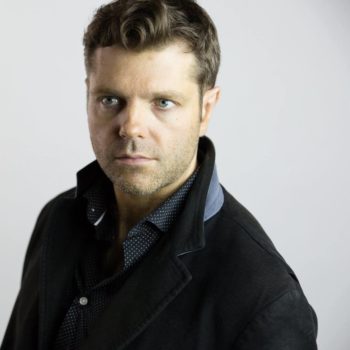 TECHNOLOGY EDITOR AT DEFENSE ONE

Patrick Tucker is the science and technology editor for Defense One where he writes on information technology, AI, big data, predictive analytics, cybernetics, nanotechnology, cybersecurity, invention, climate change and climate change mitigation, demography, social media, public policy, and all the ways that emerging technology influences national security. Prior to that, he was deputy editor for The Futurist magazine and director of communications for the non profit World Future Society for nearly a decade. His writing has appeared in Slate, Salon, The Atlantic, Quartz, MIT Technology Review, National Journal, The Wilson Quarterly, The Johns Hopkins Magazine, the Utne Reader, and as part of Discovery channel broadcasts and special features among other outlets.

He’s also the author of The Naked Future: What Happens In A World That Anticipates Your Every Move (Current, 2014.)

He’s been quoted as a futurist in The Washington Post, The New York Times, The Chicago Tribune, PC magazine, Laptop, Elle Canada, Wired.com, Smart Money.com, Voice of America, and the Discovery Channel, and have been a guest on such networks and programs as CBS Sunday Morning with Charles Osgood, and Science Fantastic with Michio Kaku and does regular media appearances on MSNBC, FOX, CNN, and other cable news outlets to offer analysis about the intersection of emerging technology and national security.

He holds a master’s degree in writing from Johns Hopkins.

Prepared for All Situations: Future of Multi-Domain Operations