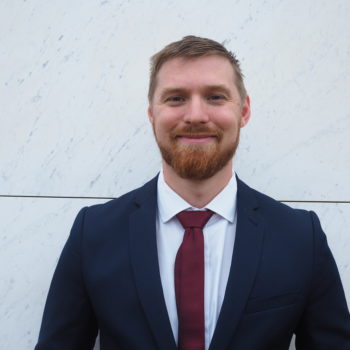 Born in the United Kingdom and immigrating to Australia in 2005, Lieutenant Ryan Kertai commissioned into the Royal Australian Navy in 2014 and commenced a Bachelors of Computing and Cyber Security at the Australian Defence Force Academy. Throughout his career Lieutenant Kertai has held multiple postings both at sea and ashore, highlights include:•Postings/Deployments on HMA Ships Darwin, Brisbane, and Glenelg, •Representing Australia in the Chilean Armada onboard Esmeralda•Representational duties as a junior office on HMAS Tarakan during its decommissioning tour of South-West Pacific. Lieutenant Ryan Kertai is currently posted to Headquarters Joint Operations Command as a Cyberspace Analyst. In June 2022, Lieutenant Kertai will complete a Master of Cyber Security at USNW, specialising in Advanced Tradecraft. Lieutenant Kertai has been identified as a suitable candidate to undertake cyber security doctoral studies. Understanding the criticality of cyber security in the ADF, Lieutenant Kertai is a mentor to ADFA Cadets and Midshipmen undertaking cyber studies. Lieutenant Kertai lives in Canberra with his partner Kassie and their son Charlie. He enjoys outdoor activities such as camping and fishing.