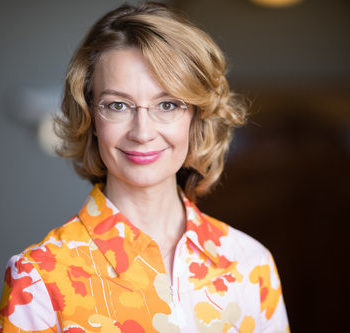 Minister for European Affairs and Ownership Steering Tytti Tuppurainen, M.A., born 1976 in Oulu, is a Member of Parliament from the Social Democratic Party.

Tytti Tuppurainen was born into a family with five children. Her father is a retired violinist from the Oulu Symphony Orchestra and her mother is a homemaker. Tuppurainen’s first paying job was delivering newspapers. She became involved in politics through her work on environmental protection and recycling. Her position as Chair of Oulun Luontonuoret, a youth association focused on nature conservation, was an important means for the young Tuppurainen to influence matters concerning the local environment. She became a frontrunner in recycling work in Oulu when, alongside her studies, she founded the company Oulun Ekotuote Oy and worked as its Managing Director.

Tuppurainen became a member of the Oulu City Council in 2000 and has held various leadership positions in the Regional Council of Oulu since 2001. Northern nature and safeguarding the everyday wellbeing of people in northern Finland have always been close to Tuppurainen’s heart.

Tytti Tuppurainen first became a Member of Parliament after a successful run in the Oulu electoral district in 2011. She worked for eight years on the Agriculture and Forestry Committee and the Grand Committee. In the Grand Committee, where she served as Deputy Chairperson in 2015–2019, Tuppurainen was able to influence Finland’s EU policy. She has also worked to advance European affairs and cooperation as Chair of her party’s Europe Working Group and as a member of the Party of European Social Democrats’ Presidency.

In addition to her political career, Tuppurainen has been active in a variety of civil society organisations. She chaired the Finnish 4H Federation in 2012–2016 and the Finnish UN Association in 2018–2019. As a feminist and advocate for gender equality, Tuppurainen has also been involved with women’s organisations. She has served as Leader of the Social Democratic Women in Finland since 2014, and chaired the Board of the Coalition of Finnish Women’s Associations (NYTKIS) in 2018 and the Women’s Network in the Parliament of Finland in 2018–2019.

Along with her native Finnish, Tuppurainen speaks German, English and Swedish and has basic skills in Russian. Besides serving in politics, Tytti Tuppurainen is a mother and a wife. Her blended family consists of her husband, four adult children and a Belgian Shepherd named Rosa. Outside work, Tuppurainen enjoys looking after the family dog, reading, Nordic walking and sauna bathing.