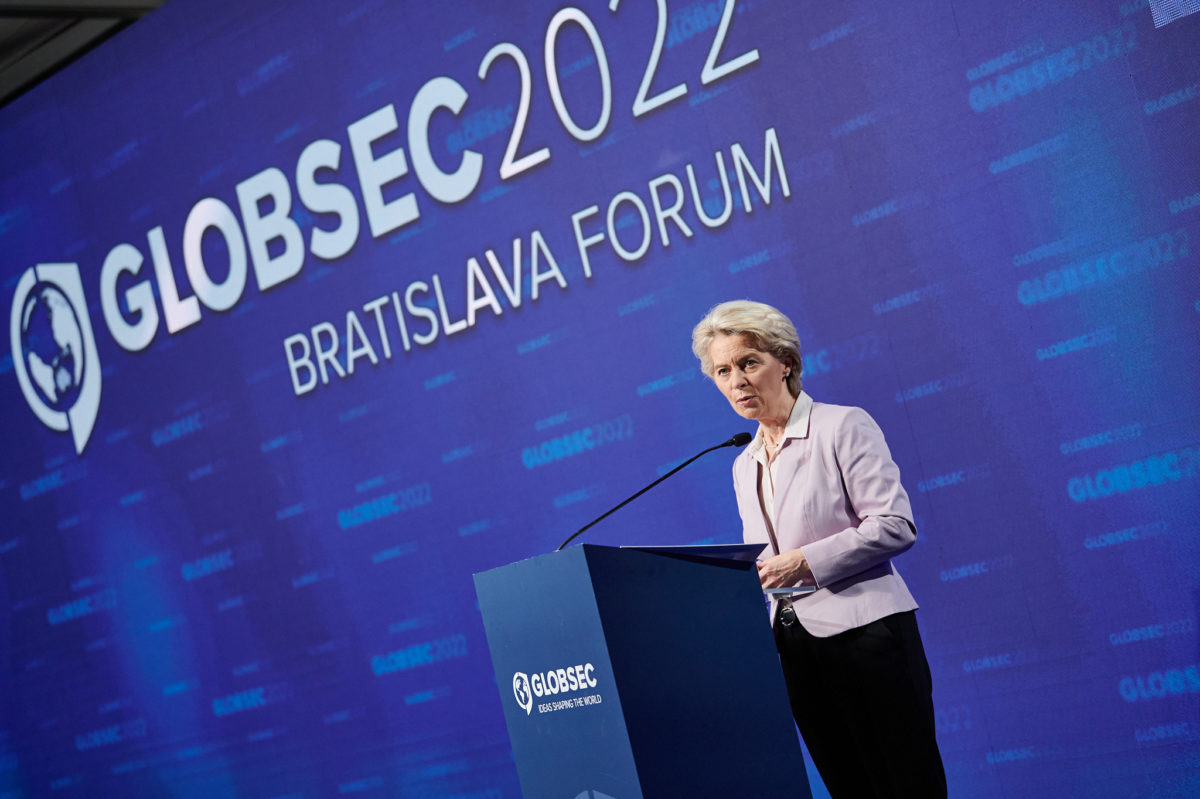 As leaders gather in Bratislava, Slovakia to discuss how to further mobilize support for Ukraine and increase the resilience of Europe in the face of a new harsh geopolitical reality, Ursula von der Leyen, President of the European Commission, delivered a special address on the opening of GLOBSEC 2022 Forum, setting the agenda for the future activities of the EU towards helping Ukraine to survive the financial hardship during the war but also prepare for the meaningful reconstruction in its aftermath.

Regarding the reconstruction of Ukraine, Von der Leyen highlighted the joint platform contemplated by Kyiv and Brussels which will put together all support initiatives by different actors and channel all financial sources. While Ukraine will lead and own it, the European Commission with its expertise will engage and shape it in a way “that we have an investment with reform,” said Von der Leyen.

“The European Commission will stand by the Ukrainian side with all the track record we have, with all the experience we have, to help them that the investment is effective and combined with necessary reforms that then will of course pave the way into the European Union.”

Reacting to the direct call for support of Ukraine´s EU membership by Ukrainian president Volodymir Zelenskyy, von der Leyen said: “It is not only our strategic interest but it is our moral duty to make it possible that they (Ukrainians) join our European Union and that we pave the path towards our union.”

She referred to the incentives that the EU accession process had provided for countries such as Slovakia throughout the negotiation process, concluding that it could be the same with Ukraine.

The EU´s partnership and financial assistance would mean neither “a wild card nor a shortcut,” because the standards and conditions must be met – as is the case for all member states in the EU.

“But how fast, how quickly, what the speed of such process is – this si depending on the country itself and on our support.”