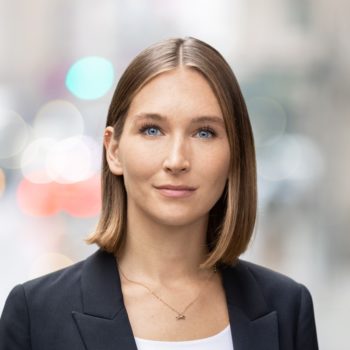 Joana Reicherts is a Government Affairs Manager at Microsoft Germany, based in Berlin. In her work, she focuses on sustainability, open source and the geopolitical and geo-economic aspects of digitalization. Joana has been with Microsoft since 2018. She holds master’s degrees in International Political Economy from the London School of Economics and Political Science and in International Economic Policy from Sciences Po Paris. She completed her bachelor’s degree in International Relations at Dresden University of Technology and Sciences Po Rennes. Prior to joining Microsoft Germany, Joana worked at Microsoft in Paris and gained practical experience at the German Federal Foreign Office as well as the German Bundestag. She has lived, studied, and worked in Germany, Singapore, France, China, and the UK.