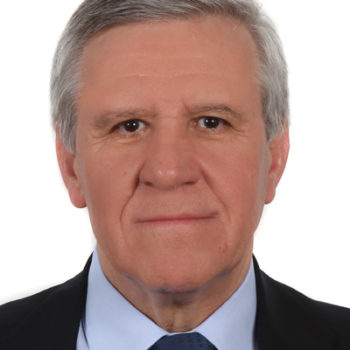 Symeon Tsomokos is the Founder and President of Delphi Economic Forum, an independent and impartial non-profit organization committed to deliver and promote innovative ideas for sustainable and competitive growth for Southeast Europe.

He established SGT S.A in Athens in 1997, and TGI in Belgrade in 2001 and in Brussels in 2016, which he presides successfully all these years.

He is the Honorary Consul of the Republic of Serbia in the region of Thessaly in Greece.

In the past he has served as Commercial Specialist at the US Embassy in Athens (1973-1980) and CEO at the American-Hellenic Chamber of Commerce (1980-1997). He has also served as Secretary General & Treasurer of the Council of the American Chambers of Commerce based in Europe (1990-1993) and as Secretary General of the Business Council Greece-Turkey (1993-1998). In 1993, he was an Eisenhower Exchange Fellow