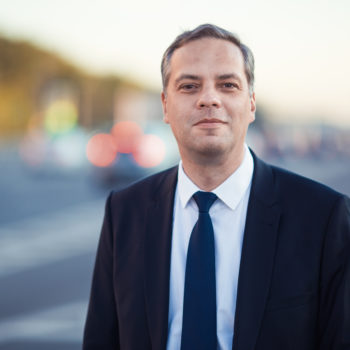 FORMER DEPUTY MINISTER OF ENERGY OF THE RUSSIAN FEDERATION

Mr. Vladimir Milov is a Russian opposition politician, publicist, economist, and energy expert, and an economic adviser to the Russian opposition leader Alexey Navalny. Mr. Milov has used to work with the Russian Government in late 1990s and early 2000s, serving as the Deputy Minister of Energy of Russia (2002), adviser to the Minister of Energy (2001-2002), and head of strategy department at the Federal Energy Commission, the natural monopoly regulator (1999-2001).

Mr. Milov was the author of major energy reform concepts, including the concept of market restructuring and unbundling of Gazprom, which was banned from implementation by President Putin. Since leaving the Government, he became founder and President of the Institute of Energy Policy, a leading independent Russian energy policy think tank.

Mr. Milov is one of the major public critics of Vladimir Putin in modern day Russia. He is the co-author of the critical public report “Putin. The Results”, sharply criticizing the flaws of Vladimir Putin’s policy, co-authored with late Boris Nemtsov and first published in 2008 (with several updated versions being reissued since that). Currently, Mr. Milov works with the Russian opposition leader Alexey Navalny as his economic and international affairs advisor, and hosts regular talk shows at the Navalny Live Youtube channel. Since 2021 – Research Associate at the Wilfried Martens Centre for European Studies in Brussels.

Rethinking the Global Energy Order in a New Geopolitical Landscape