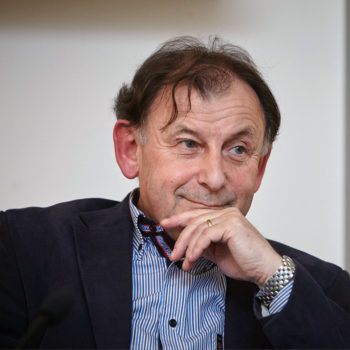 Michael Žantovský is a Czech diplomat, politician, writer, and translator, former Spokesman, Press Secretary and Political Director to President Vaclav Havel, Ambassador to the United States, Israel and the United Kingdom, Senator, Chairman of the Committee on Foreign Affairs, Defense and Security. In 1989 he was a founding member and spokesman of the Civic Forum, an umbrella organization that coordinated the overthrow of the Communist regime.

He is Honorary President and served as President of Aspen Institute Prague, and as Vice-President of Aspen Institute Central Europe. Since 2015, he is Executive Director of Václav Havel Library in Prague. He is a member of the Global Commission for Post-Pandemic Policy. He is the recipient, along with the former U.S. Secretary of State, Madeleine Albright, of the 2016 Czech and Slovak Transatlantic Award.