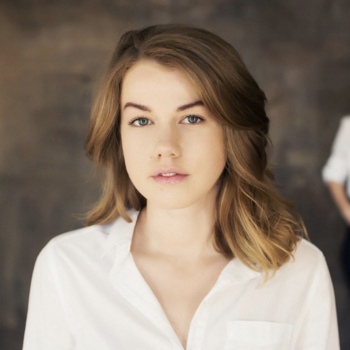 Sasha Vakulina is Euronews’ Business Editor, in charge of the channel’s overall business news coverage both in studio and on location. Sasha produces a variety of business content for all of the network’s language services and she frequently appears live on Euronews’ English language edition shows. She also covers on location the major economic events, such as the World Economic Forum in Davos and she is also deployed to various global events as a correspondent.

She has hosted and moderated a variety of high-profile conferences, such as the EU’s Our Ocean Conference, the European Business Summit, the Brussels Economic Forum, the 2021 Transatlantic Week, Infraweek, Paris Europlace, the International Economic Forum of the Americas and others.

Given her deep knowledge of her home-country Ukraine, Sasha led Euronews’ coverage of the Russia-Ukraine war reporting live from Kyiv the first hours and days of the invasion.